I like Dylan, the way he’d created a brilliant new style. He didn’t spend his career doing homage to the past, he had to do things his own way, and that was just what I respected. 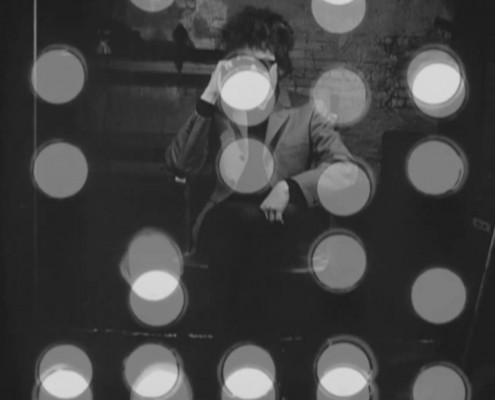 The day Bob Dylan visited the Factory and had his Screen Test shot is a fabled episode in the lore of the Warhol 1960’s, most notable as the occasion when Warhol gave Dylan a silver Elvis painting, which Dylan later gave to his manager Albert Grossman in exchange for a couch. The presence of photographers Billy Name (Linich) and Nat Finkelstein as well as several other filmmakers, including Barbara Rubin and Dan Williams, accounts for the fact that this visit was so heavily documented.

Bob Dylan had significant connections with a number of people at the Warhol Factory: he was a friend of Barbara Rubin’s, who introduced him to Allen Ginsberg; he wrote a song for Nico, “I’ll Keep It with Mine,” which she later recorded; his manager Bob Neuwirth encouraged Edie Sedgwick’s defection from the Factory at the end of 1965, after which Dylan reportedly wrote two songs about her, “Just Like a Woman” and “Leopard Skin Pillbox Hat,” for his Blonde on Blonde album; and he was also friends with Patrick Tilden-Close the star of Warhol’s 1967 film Imitation of Christ. Although Warhol certainly admired Dylan and followed his work, and even thought of him as a possible influence on his own painting career, there seems to have been a certain amount of competitive scorn directed toward Dylan at the Factory after Sedgwick’s departure, at least judging from the references that appear in several Warhol films from this period. These satires include a harmonica-playing Dylan look-alike in More Milk Yvette (1965), a feature-length spoof called The Bob Dylan Story (1966), and the repeated playing of a Dylan song at the wrong speed in Imitation of Christ (1967)