I conferred with Andy about writing The Death of Lupe Velez for Edie who was anxious to play the role of the Mexican Spitfire, found dead in her Hollywood hacienda with her head in a toilet bowl. I met Edie at the Kettle of Fish on MacDougal Street to talk over the project. When I got there Edie was at a table with a fuzzy-haired blond Bob Dylan whose shiny black limousine was parked outside. I mentioned the script I was working on and Edie said innocently, ‘Oh, we already filmed that this afternoon. It’s in the can… in Technicolor.’

The film shows Edie engaged in what might have been the regular activities of her life – listening to music, dancing, playing with a kitten, taking pills, eating supper, waking up in the morning, putting on her makeup, getting a haircut from Billy Name, and so on. Warhol’s camera documents all of this in a fairly straightforward manner, occasionally abandoning the action of the film to pan slowly up to the high molded ceilings, as if gazing in awe at its elegant surroundings. The only concessions to the narrative premise of the film are the 100-foot silent shots spliced on the end of each reel, which show Edie slouched on a bathroom floor with her head in the toilet. 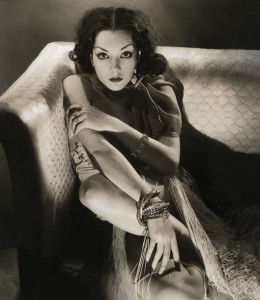