Well, now you can! Thanks to these lovely ladies and their awesome Edie Sedgwick Makeup Tutorials!

He knew that in Edie he had found something exceptional – unique. Edie encapsulated that whole era just with that nonchalant/intentional Holly Golightly look: five pair of lashes, lip gloss, heavy black make-up, that Vidal Sassoon haircut. And Edie ran with the wild horses. I mean, Edie was not only the look, she had the head, she had the body, she had the screwed-up background. I mean, she’s a perfect candidate. Young, gorgeous, the look of the time, on Andy’s arm, and able to really hold her own. Falling down, standing up, whatever, she was a one in a zillion. There’s never been a period of time as… Heavy! As street-theatre breathtaking! And real! And Edie was just there with it. She was it. I don’t know what it is, but Andy always wanted to be around people who lived it, were born it, did it all, did anything they wanted to do – and that was Edie.

I slept in the same bed as Edie once. Someone was after her and she didn’t want to sleep with him, so she crawled into bed in the next room with me. She fell asleep and I just couldn’t stop looking at her, because I was so fascinated-but-horrified. Her hands kept crawling, they couldn’t sleep, they couldn’t stay still. She scratched herself constantly, digging her nails in and leaving marks.

She was a star who by mistake got incarnated into a human body, and never could figure it out and wanted to get back up there.

Edie didn’t have an ordinary mind, didn’t really chit-chat or gossip, she was into all this cosmic stuff. She was just extraordinarily brilliant. And this is why the whole thing of her life became a tragedy, because there was no receptacle for her brilliance. People were always wanting to photograph her, but beauty you can always find. It was her mind that didn’t have an outlet, it didn’t have a place to express itself. 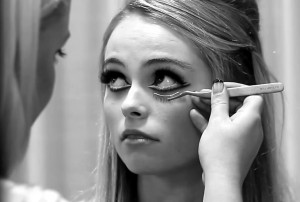 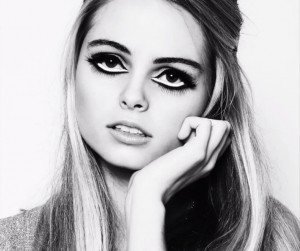