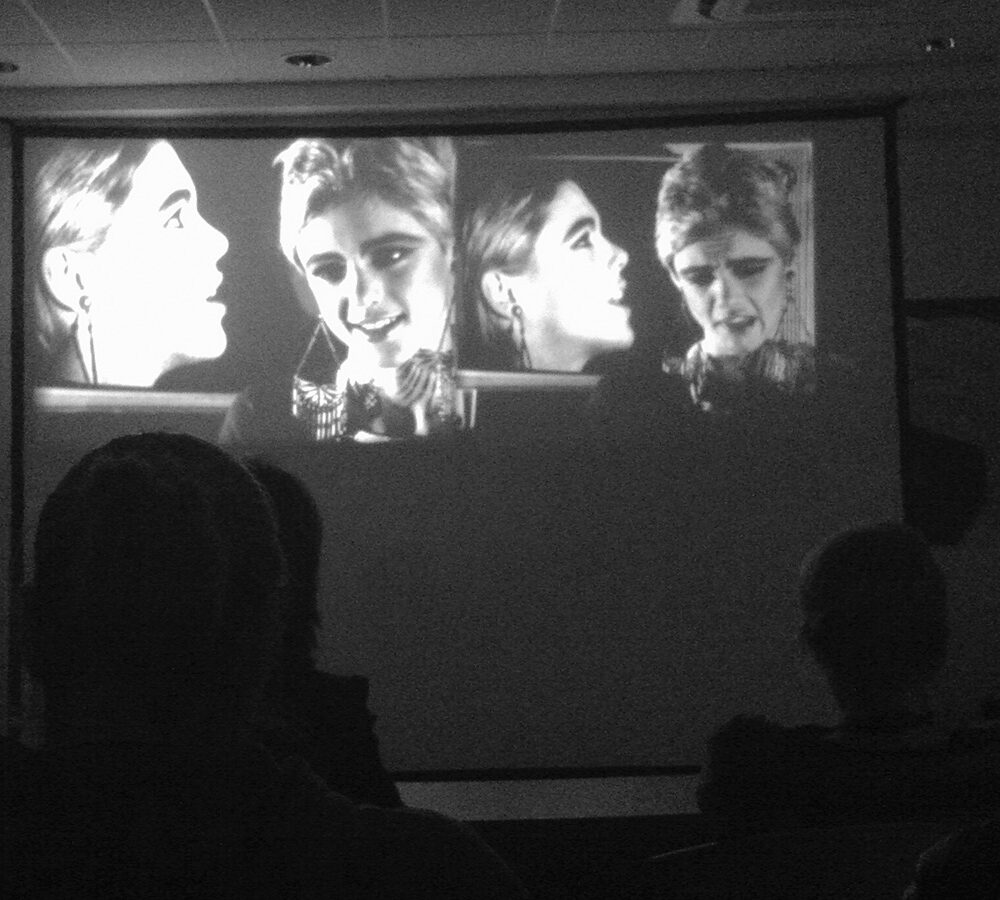 Here’s Nunculus’ IMDB Review of Outer and Inner Space
Norelco gave Warhol free video cameras to do with what he pleased–just so long as it would, natch, attract publicity. What he came up with is (with the color LUPE) the masterpiece of Edie Sedgwick’s and Warhol’s collaboration.

Consisting of two simultaneously projected side-by-side reels, each image features a “live” Edie, her head posed next to a video monitor on which appears a “video Edie.” That is to say: four Edie heads in total. The sound kind of chuffles back and forth between left and right projections…one cannot tell entirely what is being spoken, by the on-tape or live Edie, but it seems to have something to do with outer space, medication, and, the quintessential subject, her disastrously messed-up family. In no other movie I can think of–not even Dreyer’s JOAN OF ARC–is there such a strong sense of the expression of a human soul through the face (in this case, faces). Ponder the movie for years as a meditation on media-tion, doubled identity, or, as one critic put it, “wounded narcissism;” the plain and simple of it is that OUTER AND INNER SPACE ranks with the portraiture of Vermeer and Velasquez as a masterly extractor and interpreter of outer and inner life.

All I can think about is people. It bogs my mind sometimes. What they’re thinking about and doing. I think about how long could I talk without mentioning somebody’s name unless it’s abstract… I don’t know. I can’t really think up fake names for them cause then I spend too much time thinking up fake-sounding names – fake names sounds like the names you want it to sound like… oh! I think… I have absolutely not one thing to say… really it’s true 15 minutes… bored… tired… whose ideas is it anyway? Oh it’s experimental – I mustn’t forget that. That’s when I forget how funny it is. I forget it’s all experimental. 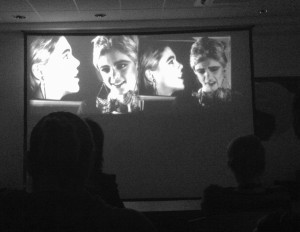