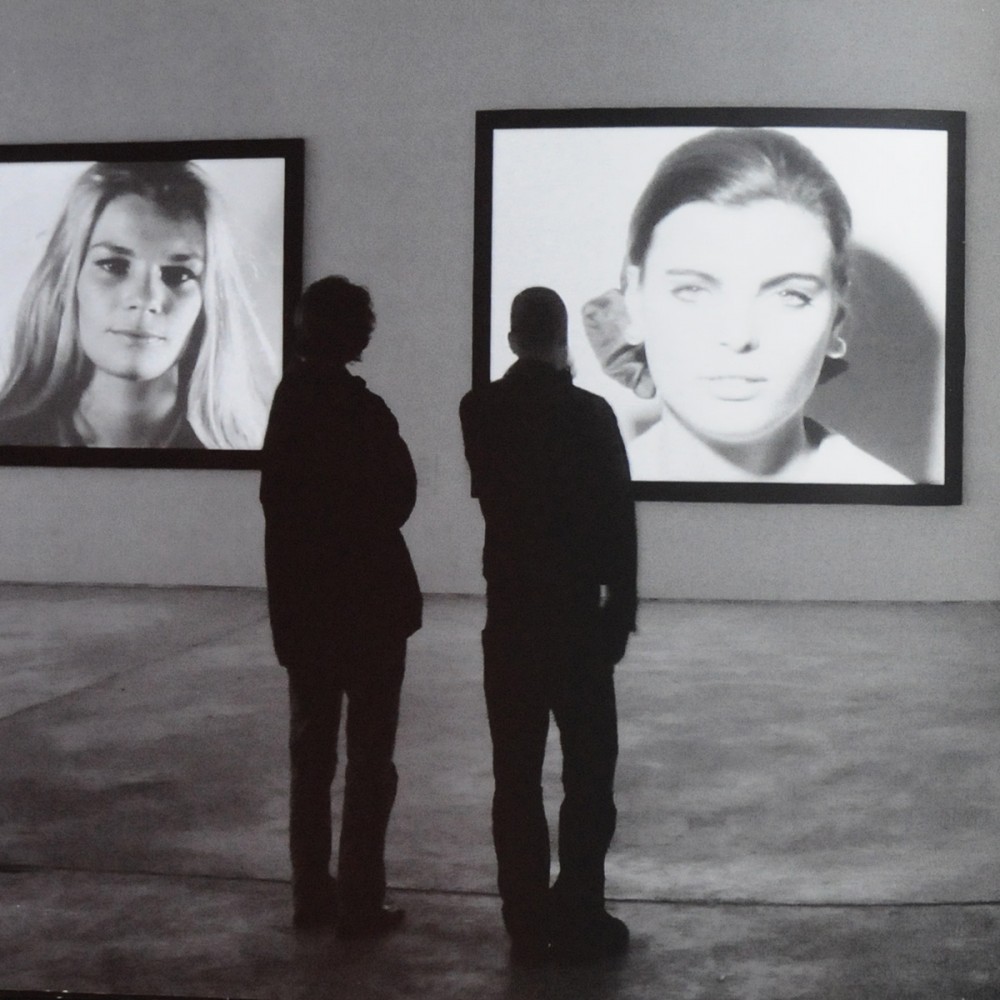 In the summer of 2004, the main exhibition space at KW Institute for Contemporary Art Berlin housed a painting gallery-style display of fourteen framed pictures, mostly portraits. The images were either five, six, or seven feet tall, and most of them depicted the silent, slow moving, black-and-white filmic portrait of a person. They were an exhibition of Andy Warhol’s black-and-white silent films, conceived and curated by the Museum of Modern Art’s Chief Curator of Film and Media, Mary Lea Bandy. The images on display seemed to link the classical museum portrait gallery with the early days of motion pictures.

For the viewer, it was an uncannily intimate experience to stand in between these large-scale images of human faces

Andy Warhol was fascinated by the image, aura, and beauty of stardom. He was fascinated by the dream factories of Hollywood. With the invention of cinema, images of the human face grew to monumental dimensions, allowing “larger-than-life” depictions of stars in motion. Where had one ever before been able to see a realistic representation of a face the size of a whole person?

Just as Warhol chose cartons of consumer products – unembellished with painterly “art brushstrokes” – for his paintings, thus producing “anti-painting”… The Screen Tests… have always struck me as being anti-filmic. They lack the three standard components of filmmaking: talented acting, snappy cinematography, and a well-written script. Not only do the Screen Tests have none of these normally constituent parts, not a single one, they revel in the diametrically opposite modus of the “anti-film.”

Among Warhol’s motion pictures, the black-and-white silent works of 1963-1966 are a dazzling experiment, daring and original in their selection of subject and theme, psychological acuity, rhythmic pacing, and sheer beauty of form photographed with stark lighting or deep shadow…

We will not easily become “post-Warhol” any time soon.

The films, Factory mementos, were excuses to populate the loft with personalities: thus he could lure incandescent weirdos (as potential actors) to his lair. By staging a spatial artwork – the Factory, a workshop for miscommunication, tableaux vivants, exhibitionism, hysteria – and ensuring that it was well documented by photographers, Warhol proved that his core love was not the two-dimensional art of paper and canvas but the three-or-more-dimensional medium of performance.