Edie Pink / The Last Night of My Life 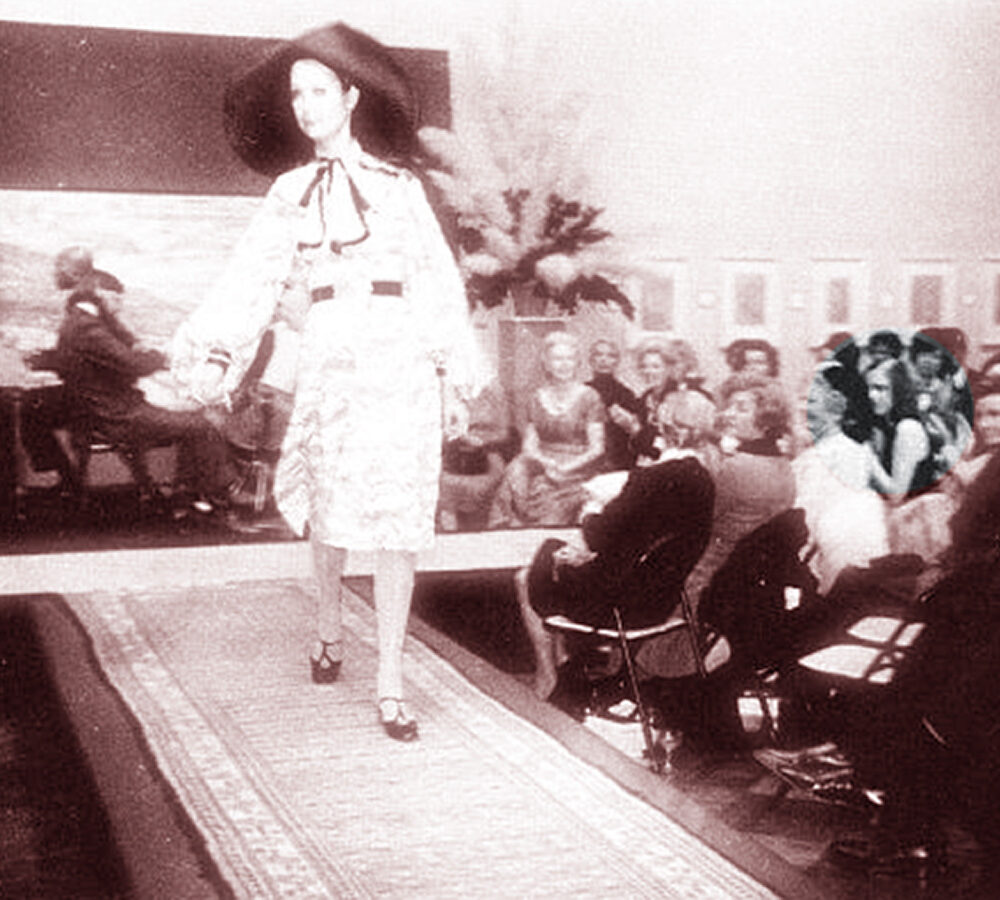 On Saturday, Mariner 9 became the 1st spacecraft to orbit Mars. Earlier today Intel released the world’s 1st microprocessor. And although I had no idea, this would be the night that I die.

On the last night of my life I went to the Santa Barbara Museum. There was a fashion show by Michael Novarese and they were also filming An American Family. An American Family was the first ever Reality TV show. Through 1971 they shot 300 hours of the Loud family, an upper-middle class Santa Barbara family, which became 12, 1-hour episodes for PBS. During the course of the series Pat Loud asked her husband Bill for a divorce, and their eldest son Lance came out as gay. I guess he was the first openly gay “character” in American television history. 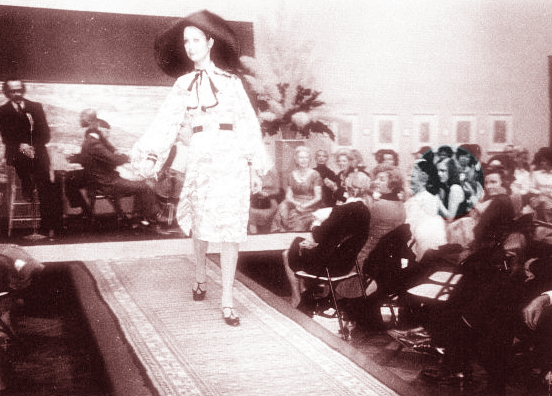 Fashion Show / An America Family Filming at Santa Barbara Museum on November 15, 1971, the last night of my life. That’s me on the right with a bare arm. How do you know it’s the last night? What could you do different?

30 years later they filmed another one at Lance’s invitation. In 2001 he was 50 years old, had gone through 20 years of addiction to crystal meth, and was HIV positive. He died of liver failure caused by a hepatitis C and HIV co-infection that year. His parents fulfilled one of his last wishes by moving back in together. Their marriage ended on television and 30 years later they reunited on television. It’s almost too cynical to say, but Andy would have loved it.

I talked so much that night! I just couldn’t shut up. Ha, well, I never can! I talked to Lance, to Michael, to Jack Baker. I talked to Jack a lot about the future. I was really optimistic. Maybe I always am. Maybe my fate was really sealed anyway. And maybe if I’d somehow hung in a little longer I could have made it out the other side of the tunnel. IDK. 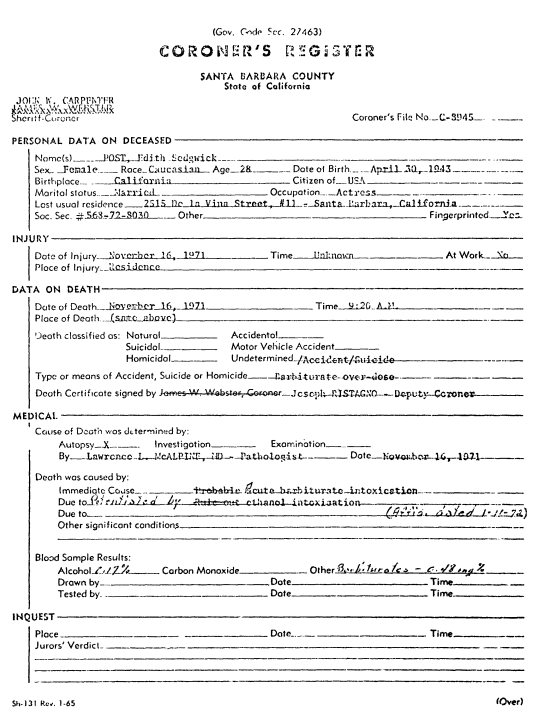 Poor little rich girl. So many mistakes. So many bad moves after such a crap childhood. IDK. Has anyone ever thrown up more times in 28 years than me? Or spent more hours doing makeup? Or longed more for love?

When my husband (Michael Post) touched my body the next morning it was cold.